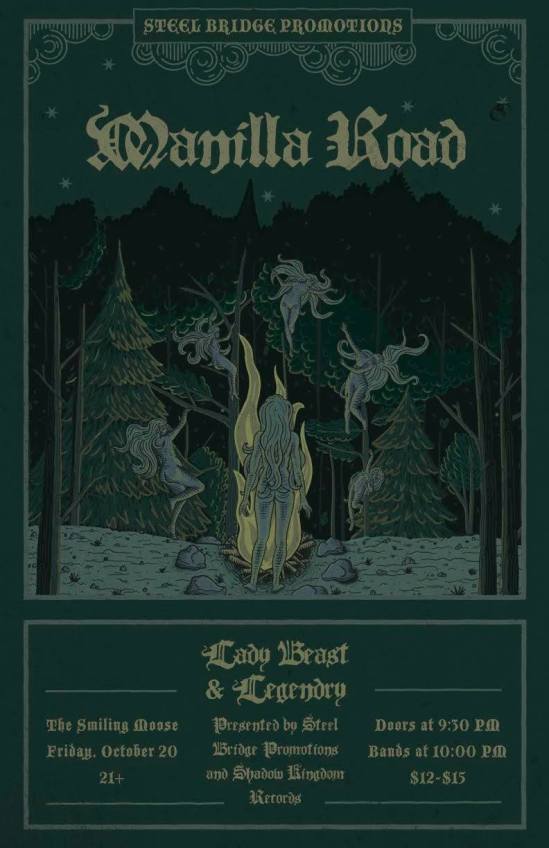 with Lady Beast and Legendry

Steel Bridge Promotions — who have been responsible for putting together all sorts of really solid shows in the Pittsburgh area over the past few years, as well as being among the most genuinely nice people you will EVER meet — recently announced that their final shows will be taking place this October. While that’s terrible news for this city, SBP will definitely be going out with a bang! Today, we’ll be sharing some information about another of those final shows. 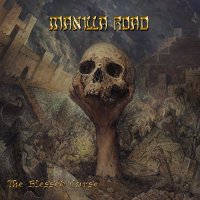 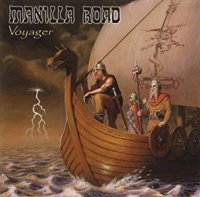 Really not sure what more there is to be said about classic American heavy metal icons Manilla Road that hasn’t already been said a thousand times, but here they are on a world tour celebrating the FORTIETH anniversary of their 1977 formation! Throughout that lengthy career, they have been responsible for such legendary classics as Crystal Logic, Metal, and Open the Gates (just to name a few!) during the 1980s. But they’ve been touring ever since (aside from a couple years of dormancy in the early 90s) and over the past decades have continued to regularly put out albums of unwavering quality — right up through To Kill a King which was released just last month!

Although the line-up has experienced a number of changes over time, founding singer/guitarist Mark “the Shark” Shelton has kept the metal torch burning throughout these forty years, between his main band and various side projects — including the similar but somewhat more organ-centric Hellwell over the past six years, which also just released a new album (their second) earlier in 2017; additionally, the ever-prolific Shelton has also had works released under his own name.

Anyway, the Manilla Road anniversary world tour already has had the band spend much of this past spring thundering across Europe, but now they’ve returned home — following an appearance at this summer’s Psycho Las Vegas they are storming across America en route to Baltimore’s Days of Darkness at the end of October. But first, they’ll be hitting the stage at The Smiling Moose — TONIGHT!! — in their first-ever performance in the steel city!

To kick off the party right, Steel Bridge has recruited long-running local NWOBHM-inspired institution Lady Beast as well as relative newcomers Legendry who are rooted in the same realm of epic heaviness as your headliners.