The French label/promoter Klonosphere recently announced an 18-track sampler of their associated bands that you can download for free!

The comp is available right here (a direct link to the RAR file), but before you jump right in, click here for a much better write-up that the good folks at No Clean Singing have put together — including sound samples, links to reviews or profiles of some of the bands, as well as links to websites or Facebook pages of ALL the bands! (Because they apparently have more free time than I do, or something.) 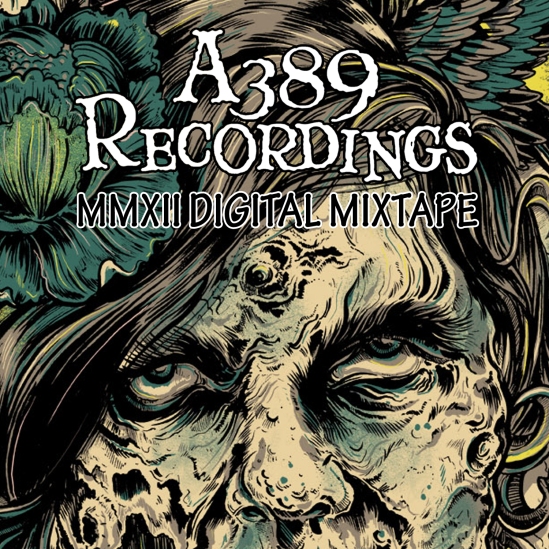 A389 Recordings has also just released a huge free sampler!

This year we have 52 new/unreleased and classic tracks for you to check out!

All we ask in return is you tell anyone about the mixtape.
Help us spread the word so these bands can be heard far and wide.
Tell a friend, post on a messageboard…whatever you want. Every little bit helps.

Ringworm – “Leviathon” (Taken from the Your Soul Belongs To Us split 7″ w/Mindsnare, available now)

Children of God – “Desolate” (Taken from the split 12″ w/Seven Sisters of Sleep, available now, PLUS NEW 7″ AND LP COMING SOON!)

Young and In the Way – “Death is Eager to Hold You” (Taken from the Amen/I Am Not What I Am 2×12″, available now, PLUS SPLIT 7″ w/Withdrawal COMING SOON!)

God’s America – “Brain Numb” (Taken from the Our Bones will Bleach in the Sun 7″, coming soon)

The Love Below – “Buyer’s Remorse” (Taken from the Every Tongue Shall Caress 12″, available now)

Shin to Shin – “Don’t Lose Your Way” (Taken from the Costumes and Masks 12″, coming soon)

Pleasant Living – “All I Ever Loved” (Taken from the self-titled 7″, coming soon)

Triac – “Child Thief” (Taken from the Always Meant to Hurt You 7″, available now)

Gehenna – “Disciple in My Own Image” (Taken from the split 7″ w/Blind to Faith, available now)

Full of Hell – “The Lonely Path of the Cestoda” (Previously Unreleased; PLUS
SPLIT 7″ w/The Guilt of… COMING SOON!)

Pick Your Side – “New War” (Taken from the Let Me Show You How Democracy Works 12″, available now)

Day of Mourning – “Bitter Taste of Every Murder” (Taken from the discography collection, coming soon)

Mindsnare – “Gather to Decompose” (Taken from the Your Soul Belongs to Us split 7″ w/Ringworm, available now)

Vermapyre – “Return of the Sorcerer” (Taken from the split 7″ w/Parasite, Holy Terror Records)

2 responses to “Get ’em While They’re Hot: Free Downloads from Klonosphere and A389 Records!”