Hello there, folks! In case you can’t read a calendar (or you just woke up from a coma or something), it’s Monday again. So that means back to work, or school, or whatever the hell you do all day. Generally this isn’t really a good thing. But, once you see what I have to share with you, maybe you won’t mind as much…

See, I didn’t really get around to doing a lot of writing over the past week, besides a couple updates about shows happening in the Pittsburgh area over the weekend — if you hadn’t noticed, my last article before those was on Tuesday, when the Doommantia Vol. 1 benefit compilation for Ed Barnard was released.

Since then, I’ve bought myself a copy and downloaded it, and believe me it’s well worth at least the minimum purchase price — which, once again, goes towards helping out a friend in need. If you missed the news last week (or if you saw it and said you’d come back to it later and then forgot about it) you can check iit out here.

Anyway, I was saying I hadn’t really written much since then. That’s mostly due to the fact that things were so busy at work last week. But don’t worry, I spent tons of time listening to music and finding some good quality stuff to pass along to you!

Besides the Doommantia compilation, I’ve run across several more good ones recently, many of which can be downloaded for FREE, and I’d like to tell you about those today!

END_OF_DOCUMENT_TOKEN_TO_BE_REPLACED 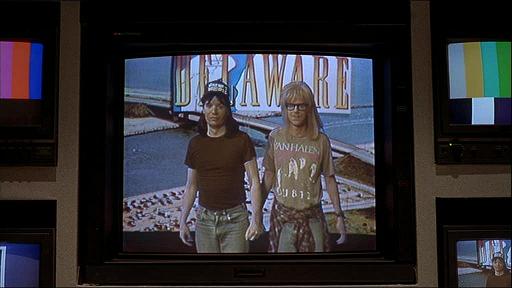 Good evening. I’d like to take a few moments to talk to you about the state of Delaware. For any foreign readers (or Americans who are just really bad at history and geography), Delaware is one of the fifty states that comprise the United States.

It’s noteworthy for being one of the original thirteen British colonies that declared independance from the UK and went on to form the USA. Furthermore, its biggest claim to fame was being the first out of those thirteen states to adopt the new national constitution.

In the two centuries that have passed since that time, Delaware has done pretty much nothing else to distinguish itself. This is clear if you ever see the license plate on one of the state’s cars: they all have a slogan that says “The First State.”

If you look at a map, Delaware is a skinny little piece of land hanging off the southeast corner of Pennsylvania — as if Philadelphia just came out of the bathroom and failed to notice it had a piece of toilet paper stuck to the bottom of its shoe. In fact, I suppose you could say Delaware is to Philadelphia pretty much what New Jersey is to New York City.

That’s weird, you know so much about Delaware. Who are you, fuckin’ Joe Biden?

Well despite all that, the residents of this state seem to think there is something more to the place where they live. I am basing this observation entirely on the one person I know who lives in Delaware, who happens to be a frequent reader and commenter on some of the same metal blogs that I read and comment on.

Recently he said something about how Philadelphia seems to attract all the good shows, and maybe if that city were destroyed, more bands would come to Delaware instead. I can sort of relate to this; although I live in the same state, I am almost six hours away from Philly, but it seems that many national touring bands feel one stop in Pennsylvania is sufficient. If I’m lucky, they’ll also come to Cleveland (Ohio) but that’s still three hours from here.

Anyway, the point of all this is that I just saw (via the always-helpful folks at Clawhammer PR) not one, but TWO bands who are playing shows in Delaware in the near future! Both are part of mini mid-Atlantic tours, and of course neither of them are coming anywhere near Pittsburgh, but when I heard about this, I felt it was my duty to pass the information along.

If you live in Philadelphia, Virginia, or New Jersey (or on the west coast), there’s some good news for you here as well.

END_OF_DOCUMENT_TOKEN_TO_BE_REPLACED 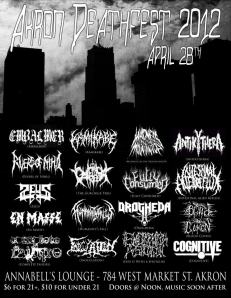 The schedule of bands — which includes a couple from Pittsburgh, as well as all across Ohio, Pennsylvania, New Jersey, New York, and Illinois — is listed below.
Click on a band name to visit their Facebook page.

END_OF_DOCUMENT_TOKEN_TO_BE_REPLACED

Is today your lucky day? It might be! Check it out — I’ve got the details here for TWO different contests, one where the prize is a total of 29 CDs, and another where you can win a whole bunch of vinyl (including some ultra-rare pieces)! 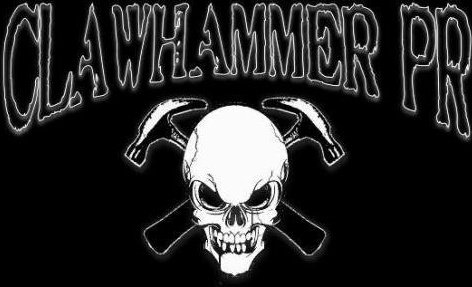 First of all, check out this contest sponsored by Clawhammer PR and MetalReview.com:

The fine folks at Clawhammer PR have always been good to us here at MetalReview, but they’ve outdone themselves with this one. Quite simply, this is the biggest contest we’ve offered up in many a malevolent moon, if not forever and ever. So, first off, let’s all say a special thanks to the Clawhammerkids for hooking us up with this gigantic haul. Once we’ve done that, let’s get down to business, shall we?

Of course, in any contest, you want to know what the prize is, right? Well, for this one, if you win, you get a proverbial shitload of CDs*. Here’s the full list:
END_OF_DOCUMENT_TOKEN_TO_BE_REPLACED