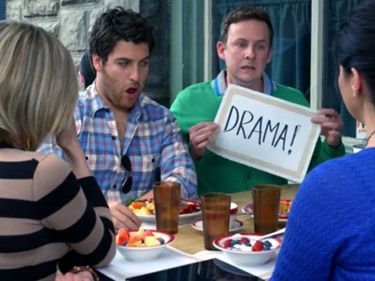 Well. Good morning, readers. What a long, strange week it’s been, amirite? Feels like half the teams in the National Football League have flipped completely upside-down at some point during the past month, and like half of those happened just within the past seven days.

In this increasingly unpredictable world, today we bring you our thoughts and observations for all of this weekend’s matchups — and just like in the first two weeks of the season, we’re including the predictions for the year-end results based on our current computations and calculations. Although as you may have noticed, all the injuries and roster moves and … drama!!! … across the entire league has really shaken up those forecasts.

Also as before, we start with the Thursday night game — even though this article is actually being published Sunday morning. But we wouldn’t want to skip over that contest, especially since the Thursday night competitors have been the inspiration for our musical selections each week, and this time around will be no different. But naturally at this point in time we already have seen the final results of that game, and — spoiler alert — that outcome did not exactly conform with our predetermined expectations.

Having said that, it will be fun reflecting on all of these predictions after the conclusion of the season, tracking how they changed over time, and how off-base some of them ultimately turn out to have been. Feel free to share your own opinions about how off-base we are down in the comments section, or just tell us we’re a moron over on the Twit machine.

END_OF_DOCUMENT_TOKEN_TO_BE_REPLACED

Hello, Readers! Here we find ourselves on another Monday, and I’m sure you all are about as excited to be returning to work as I am. You may have noticed — or maybe you didn’t, I don’t know — that I hadn’t managed to write anything throughout most of last week. Such is the unfortunate result of being busy working extra hard, making sure everything is as caught up as possible, before missing an extra day of work due to the holiday weekend. The holiday in this case is America’s Independence Day, which took place this past Saturday but most businesses were also closed on Friday for its observation. However, while I may not have had time for writing during the week, I spent plenty of time listening to music. Always listening to music.

And I noted that during those days there was another holiday celebration taking place — Canada Day, the celebration of the anniversary of the official formation of Canada as a country (technically, as a Dominion under the British Monarchy), was last Wednesday. Therefore, it seemed fitting to spend the day perusing all of the Canadian music I currently have on my MP3 player. I noticed that this included a handful of recent (within the past month or four) independent releases from Canadian thrash bands. And then I decided to attempt a feat that (as far as I remember) has never before been accomplished on this website: a triple review! It’ll help that two of these three releases are actually three-song EPs, but still, this is an unprecedented level of ambition. So with that in mind, let’s get straight to it….

END_OF_DOCUMENT_TOKEN_TO_BE_REPLACED

* Happy National Day (for those who live on the island of Menorca)!

* Happy Feast Day of Saint Achilles the Confessor (for those who follow the Eastern Orthodox Church)!

If you can’t tell, I’m sort of reaching here, for any sort of a special occasion or commemoration to celebrate today. Since we’re now so long past the beginning of the year, I feel stupid saying “Happy New Year!” to you. But 2013 is still relatively new (and the majority of it is still yet to come), so I guess it really doesn’t hurt to still wish you a happy one.

END_OF_DOCUMENT_TOKEN_TO_BE_REPLACED

Canadian thrashmeisters Titans Eve, whose second album Life Apocalypse was released to huge critical acclaim back in July (at least from this particular reviewer) are now offering you the chance to download one of the tracks from that album for FREE!

(Also, at the end of this post, there’s a list of dates for the band’s upcoming European tour — after spending the past few months on the road going back and forth across Canada, first with Anvil and then Kill Devil Hill, now Titans Eve will be venturing across the ocean for the first time in support of Arch Enemy.)

END_OF_DOCUMENT_TOKEN_TO_BE_REPLACED 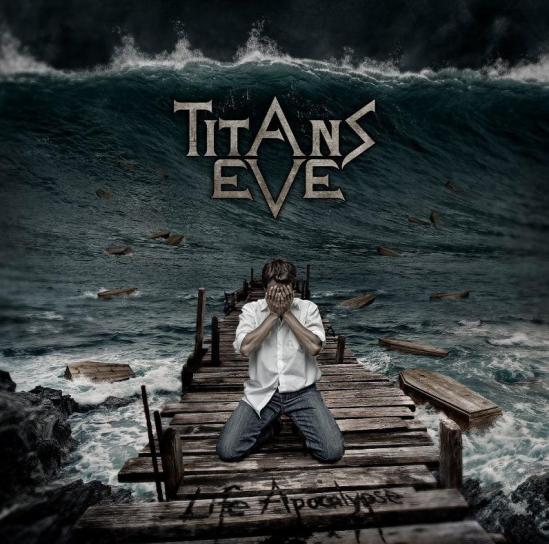 You may have noticed that I don’t normally publish album reviews before the official release dates. Part of the reason might be because I want to share things with you when they’re actually available for you to get your hands on them, because I know how short people’s attention spans can be sometimes — myself included! Sometimes when I read about something several months before it comes out, I might think to myself, “Oh that sounds great, I’ll have to check that out” and then I completely forget about it a few days later.

More than that, though, it’s mostly because I usually just don’t get around to it. I hear about loads of great music and I want to write about all of it, because I want to make sure the bands get the exposure they deserve, and I want to make sure YOU have every opportunity to hear about the new music you want. Besides that, I try to spend as much time as possible with something before I start writing — albums usually get numerous listens on several different days, so that I feel familiar enough with the material to be able to describe it adequately AND so that I can be sure I wasn’t hearing something wrong just because I was grumpy or preoccupied on a particular day.

Unfortunately, I don’t have an unlimited amount of time for writing, which means I’m perpetually running behind. I’ve still got a bunch of albums from 2011 I haven’t even listened to yet, not to mention how much stuff I haven’t had the chance to write about!

When I heard this album full of killer thrash music by Vancouver’s Titans Eve, I knew I would want to write about it and share it with you, but then when I found out that they have pre-order packages (either the digital or CD versions) where they are throwing in a FREE t-shirt, I decided I needed to bring this to your attention sooner rather than later! This Friday (the 13th of July) is the official release date, so hurry up and finish reading, then at the end of this post you’ll get the chance to hear the album for yourself, and I’ll give you all the links you need to take advantage of this special pre-order deal.

For my Canadian friends, I’ve also provided the dates for the band’s July/August tour of western Canada with Anvil, as well as a list of stops when they will be heading east across the rest of the country with Kill Devil Hill.