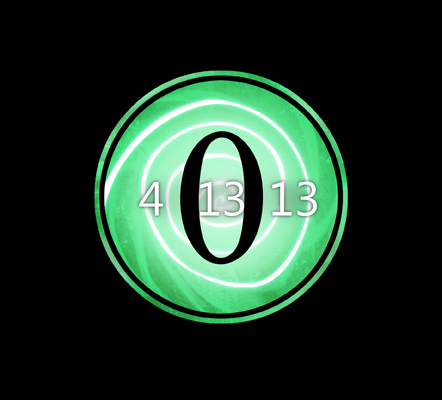 I WAS SO CLOSE!

…by which, of course, I mean that my article from a few days ago analyzing Dethlehem‘s mysterious image (above) speculated that the answer had something to do with Dethlehem doing something. That much of it turned out to be absolutely 100% accurate. (The rest of what I wrote, not so much. Although those who are interested in the ins and outs of the recording process still can benefit greatly by visiting producer Patrick Lammie‘s blog as he details the creation of the band’s third full-length album!)

So what I thought was a crazy eye thing actually turned out to be a representation of a magical portal; the fact that the middle part of the “eye” looks like the number zero wasn’t just a coincidence; the other numbers superimposed on the image, surprisingly, had NOTHING to do with an encrypted message, but rather they indicated a significant date. That date, 04.13.13, was this past Saturday — and at some point during that day, the band uncovered a really exciting secret project…..