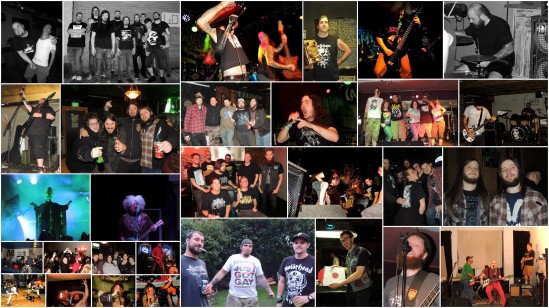 END_OF_DOCUMENT_TOKEN_TO_BE_REPLACED

Hello, friends. I hope you’re having a good week, and I hope you have a great weekend. If you don’t already have plans, there are all kinds of HUGE events going on over the next few days (including Thursday, Friday, and Saturday) and I bet you’d be really sad if you were to miss out on any of these things!

Say, hypothetically, if your sister-in-law was getting married this weekend, and even though your wife isn’t in the wedding itself, she’s still in charge of handling all the decorating and stuff — and so that means you got yourself volunteered to help with stuff too, which is going to basically occupy every waking moment of the next three days. Even though nobody really is excited about any of it because, hypothetically, everyone thinks that your sister-in-law is marrying the most worthless piece of shit who ever lived. If you found yourself stuck in a situation like that, I’d feel really bad for you because you’d be missing out on some serious awesomeness. Hypothetically.

END_OF_DOCUMENT_TOKEN_TO_BE_REPLACED 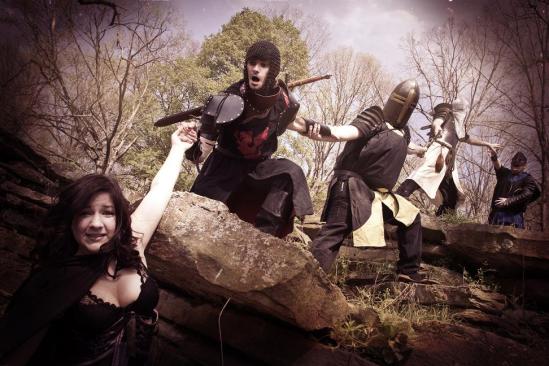 END_OF_DOCUMENT_TOKEN_TO_BE_REPLACED

Ladies and Gentlemen of the Steel City metropolitan region, I am pleased to once again present you with your list of weekendly happenings in the area!  Read on, become informed, and then go support your local music scene!

END_OF_DOCUMENT_TOKEN_TO_BE_REPLACED

Hello, readers! How are you? I think I’ve officially recovered from the holiday weekend and am ready to get back into the swing of posting updates. Did you have a nice Easter? I’ve been spending a lot of time listening to Ghost, since I finally got around to picking up Opus Eponymous on CD almost two weeks ago. I like it a lot, but I’ve kind of got a funny feeling about it. I haven’t tried slowing it down or playing it backwards or anything, but I get the impression that there might be some kind of hidden evil messages or something. Oh well. Hey, speaking of which, they’ll be coming to town in just a few more days! In fact, they’re just one of a whole slew of awesome bands playing in Pittsburgh over the coming weekend. Just keep on reading for all the details on this show and tons more.

END_OF_DOCUMENT_TOKEN_TO_BE_REPLACED

This news update is brought to you today by the department of IT’S ABOUT DAMN TIME! 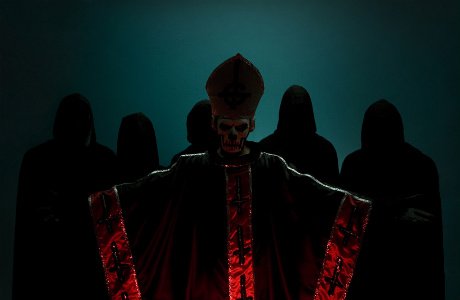 So you might remember a while back when I was whining about the fact that Ghost, having recently cancelled a U.S. tour, announced that they’d be returning to this country, and hitting several major cities but none that are near me.

Then I proceeded to whine some more, at every opportunity I could.  Mostly on Facebook.  Especially when a highly-esteemed fellow blogger bragged about seeing the show up in his corner of the country.  Well, obviously the band have been paying attention and they got sick and tired of my nonstop whining.  Because lo and behold, yesterday they put out an official announcement:

As whispered about these last weeks, we are in fact returning to haunt your vast lands again in April and May, together with Mastodon and Opeth.
Go to http://ghost-official.com/ to see the dates

/Papa Emeritus 1 and his Nameless Ghouls

The news gets better, because this tour is making a stop in Pittsburgh — on 15 April at Stage AE.  It appears that Mastodon and Opeth are alternating dates for headlining, and on this particular date it seems that Mastodon will be the one on top.  Not that it matters, because I wouldn’t mind seeing either one of them.  Hit the link above to see the full list, or just check it out right here, beyond the jump.

END_OF_DOCUMENT_TOKEN_TO_BE_REPLACED 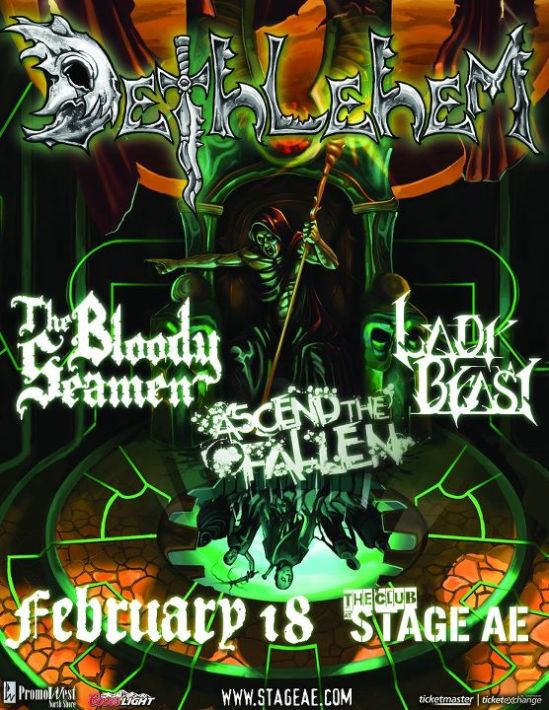 As I said in the last post, after spending yesterday talking about shows that I will never get a chance to see, it’s time for some updates for the local (Pittsburgh) area. If you live somewhere else, NOW YOU CAN SEE HOW IT FEELS!!, but also, hopefully you’ll learn about a couple bands that might tickle your fancy.

The second of today’s two updates features Dethlehem, who will lay siege to Stage AE on Pittsburgh’s North Shore in a little under a month (Saturday, 18 February 2012). END_OF_DOCUMENT_TOKEN_TO_BE_REPLACED