Certainly that’s a pretty extreme example, but the point here is that when a band experiences a seismic styistic shift, it isn’t always catastrophic, and can even be a positive thing. Naturally, when this occurs it can sometimes be unnerving to fans of the artist’s earlier work (and of course there have been plenty of moments where such a move did turn out to be a major misstep), but it never ceases to confound me, how often and how passionately hatred is spewed in the direction of Opeth for having developed a different sound over their quarter-century-plus career. This group of Swedes receives just as many nasty comments (particularly if the band is ever mentioned in the context of a metal festival or anything to do with metal music) for NOT making the same album over and over, as Six Feet Under does for essentially the exact opposite transgression.

The transition from death metal to progressive death metal occurred very early in this band’s existence, and it was the latter guise that caught most fans’ attention, gaining the ensemble a huge following. But throughout the course of a dozen full-length albums, gradually the elements of “death” had dropped away, and ultimately “metal” as well, landing Opeth squarely in the realm of “progressive” music, and leaving many earlier devotees feeling shortchanged. Nevertheless, in this reviewer’s opinion the band’s latest effort, last September’s Sorceress stands up quite well — when one judges it on its own merits, rather than attempting a side-by-side comparison with Still Life or Blackwater Park. And with that in mind, let’s jump right in.

END_OF_DOCUMENT_TOKEN_TO_BE_REPLACED 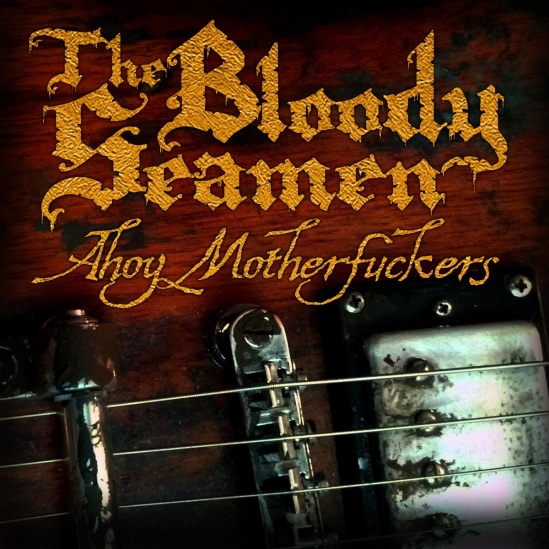 Hello there, friends and fans of great music! Here’s something I’d been planning on sharing with you last week, but I didn’t have a chance to get any writing done all week because shit got crazy at work. Between someone on vacation, someone at a week-long conference, someone having to go to the hospital, and a temp who doesn’t know how to do much yet, my department was reduced by about half. Which means instead of doing the work of two people, I was actually working for like three or four. No fun.

But really, this review is way more overdue than that — the album I’m telling you about was actually released nine months ago (coincidentally, last year’s International Talk Like a Pirate Day), and I’ve been listening to it over and over since then. The debut album by Pittsburgh’s premier pirate rock band, The Bloody Seamen, impressed me and exceeded my expectations so much, it gained a spot on my list of 2013’s best releases. And today (finally!) I’d like to tell you why.