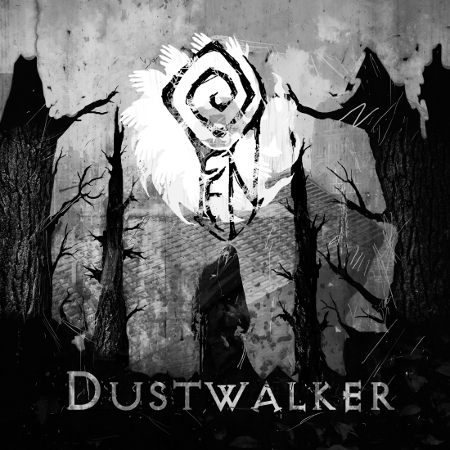 Hey, people. It’s time once again to take a little stroll back in time — all the way to last year. I am determined to finish reviewing everything on my top albums of 2013 list before the end of 2014, and with this one I’m publishing today, I’ll officially reach the halfway point! No worries, there are still over three months for me to work through the rest of these (while still somehow trying to keep up with newer stuff, too). Oh well, I’ll get there eventually (hopefully). It just gets kind of frustrating sometimes, especially when bands keep putting out newer stuff faster than I can keep up with them — as is the case with UK atmospheric/progressive black metal band Fen (not to be confused with the Canadian prog-rock band of the same name). They’ve just announced that their fourth LP Carrion Skies will be coming out this November through Code666, which is exciting news for sure, but first I need to share their awesome THIRD album Dustwalker with you!

I publicized some of the details about this album when they were first announced, nearly two years ago, and I have been really enjoying listening to it ever since it was released (about three months after that). I’d say it’s about time I got around to following up and writing about the album itself!

END_OF_DOCUMENT_TOKEN_TO_BE_REPLACED

So here’s some more exciting news coming from Italian label Code666 Records: the final details are coming together for a forthcoming release by UK progressive/atmospheric black metal band Fen, which the band just finished working on — this will be their third full-length album, and also their third release through Code666.

Not only that, but Fen have also renewed their contract with the label for another three album deal!

We have been happy with the way we’ve been treated by Code666 in respect of the first three albums, and were impressed by the enthusiasm that the label has always shown for Fen and the faith they have placed in us, so it was logical for us to continue a relationship that was obviously working well.