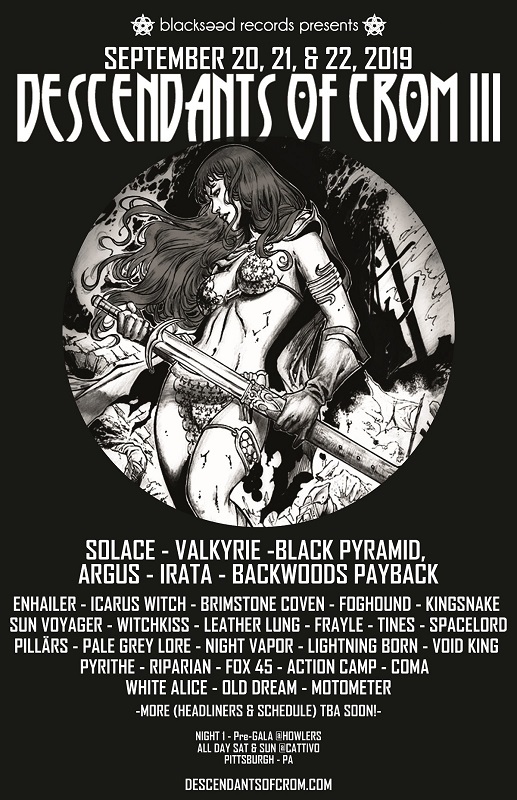 Next month, Descendants of Crom returns to Pittsburgh, bringing you a weekend jam-packed with doom and sludge and more — for the third year in a row!

END_OF_DOCUMENT_TOKEN_TO_BE_REPLACED 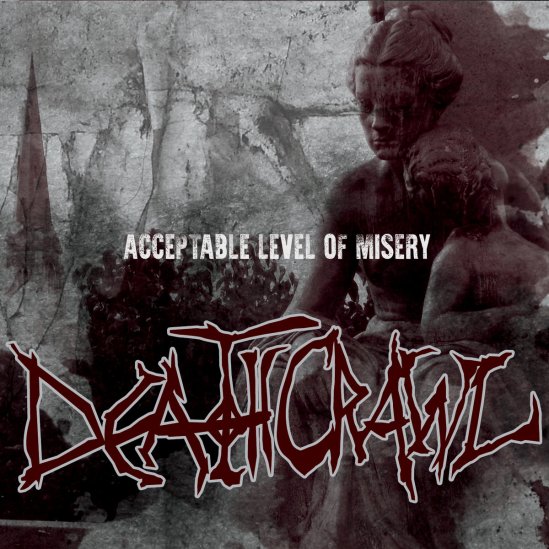 Last time we checked in with Cleveland-area discordant agonists DeathCrawl was nearly five years ago when we introduced you to Accelerated Rate of Decay, the album they released the previous year. And then, following that incredibly vicious piece of work, this trio has put out another album late last year — which we will be talking about today.

Why today? Well, it has been brought to our attention that tonight the band will be performing in the faroff land of Canton, Ohio for the first time ever. So this belated look at Acceptable Level of Misery is our way of helping to spread the word about that.

And on the subject of releases from near the end of 2017, Enhailer from Akron (which is partway between Cleveland and Canton) will be playing at that same show tonight, and we’re also going to cover their Dumb Enough to Care EP which first came out back in December, but which will be coming out as a 10″ record in about a month and a half. Cheers!

END_OF_DOCUMENT_TOKEN_TO_BE_REPLACED

In the grand tradition of classic power trios like Mountain or Cream, infused with the loud and fuzzy psychedelics of Blue Cheer, Brooklyn’s River Cult ought to be bursting onto radar screens all over the place with their first LP Halcyon Daze. Only five tracks long but with a running time around forty-two minutes, the record came out earlier this year via a handful of labels in New York, Pittsburgh, and Germany — but if it has somehow managed to elude your attention thus far, our job today is to fix that!

END_OF_DOCUMENT_TOKEN_TO_BE_REPLACED 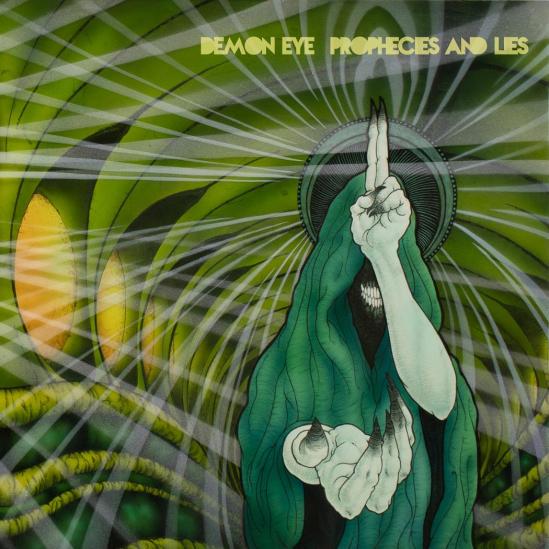 Hey there, folks. Good afternoon/evening/whatever. Hope things are going well in your neck of the woods wherever that happens to be — sort of enjoying a lazy, quiet day here. Trying to get caught up on listening to stuff people have sent here, which is always an uphill battle. But then I noticed on my calendar that tonight, right here in Pittsburgh (specifically, at Howlers) local label Blackseed Records is putting on their Doom Over November show — with featured headliner Demon Eye, occult/traditional metal band from Raleigh, North Carolina. Recently I heard Prophecies and Lies, the group’s third album, which just came out in September via the Netherlands’ Soulseller Records (following an August release in Europe). Seemed like an ideal time to share some thoughts on the record with you folks …

END_OF_DOCUMENT_TOKEN_TO_BE_REPLACED

So I’ve been writing about Molasses Barge basically as long as I’ve been writing about music in general. It all started way back in late 2011 when they had a few shows scheduled, and I threw together a little synopsis of my first experience seeing them perform live (earlier that year when they opened for Pentagram). This was followed by an interview with drummer Wayne Massey in 2012 (as they were about to open for Tombs and 16), and then guitarist Justin Gizzi also answered a few questions as part of our coverage leading up to the Winter’s Wake festival in 2013.

In all, these Pittsburgh-based doom-metal workhorses have appeared (at least mentioned in passing) on this website a few dozen times. And yet, as active as they are (and despite having been in existence for close to a decade now!), the band’s official recorded output thus far has consisted of one EP six years ago, plus a three-song demo a few months later. (Both of them are available to stream or download FREE at Bandcamp.) But that all changes now: this Friday they will be unleashing their stunning debut self-titled LP, and as a special added bonus (perhaps as a thank-you to all the fans who’ve been patiently waiting so long), it’ll come bundled with a second disc filled with cover songs.